Famous People Who Used Standing Desks and Reaped Their Many Benefits

Jennifer Rothman is a copywriter and columnist, specializing in delivering informative content you can trust.

Whether you use a standing desk or know someone who does, they have become a common sight in offices around the world. Standing desks have become more and more popular throughout the years, and are available in a wide variety of options. They have been around for a pretty long time, and you might be surprised by their history. Standing desks were extremely popular in the 18th and 19th centuries, but are actually dating all the way back to the 1400s!

A common tale is that Leonardo da Vinci even painted his famous Mona Lisa while standing. It is thought that the rise in popularity of standing desks is due to the guidance of English Minister Job Orton. He is recorded to have said, “a sedentary life may be injurious. It must, therefore, be your resolute care to keep your body as upright as possible when you read and write; never stoop your head nor bend your breast. To prevent this, you should get a standing desk.” This advice carried on into the next several hundred years, and standing desks were typically found in the homes of the wealthy and well-educated people. 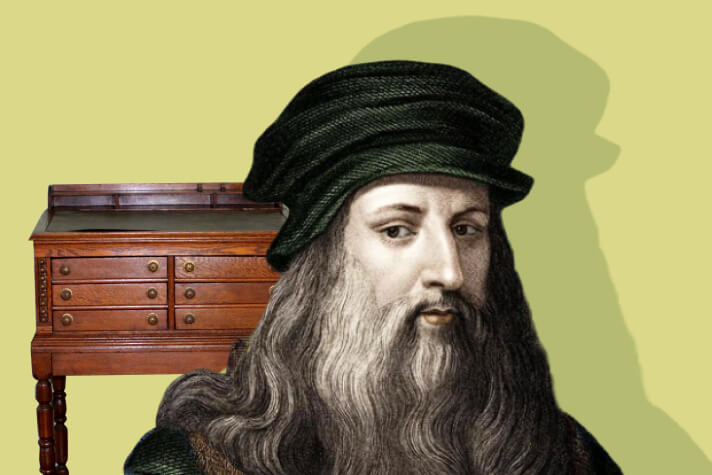 According to a study done by the Society for Human Resource Management, standing desks have become the fastest-growing benefit available to employees in American workplaces. That is because sitting for a long amount of time has been shown to cause adverse health effects.

It is claimed that standing desks can provide health benefits such as weight loss, better focus, and reduced shoulder and back pain. Besides, they are said to reduce your risk of high blood sugar, high cholesterol, obesity, diabetes, cancer, and cardiovascular conditions.

Because of the vast array of health benefits provided by standing desks, many famous people have indulged in their use. According to personal testimonials, many of these people have said that mixing standing and sitting has given them extra energy and creativity by orders of magnitude.

Thomas Jefferson, the third president of the United States, was often documented using a standing desk. This author of the Declaration of Independence supposedly ordered a standing desk from a cabinetmaker in the 18th century. This desk was commonly used for reading and drawing and could be adjusted with a ratchet stand. Interestingly, Thomas Jefferson’s standing desk was designed with six legs for extra stability. 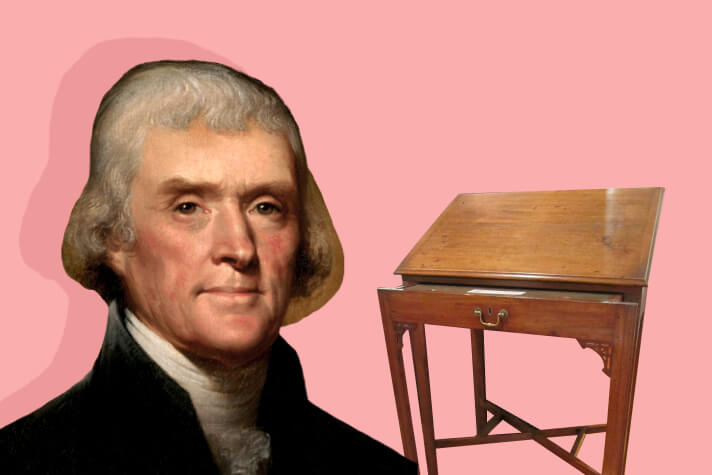 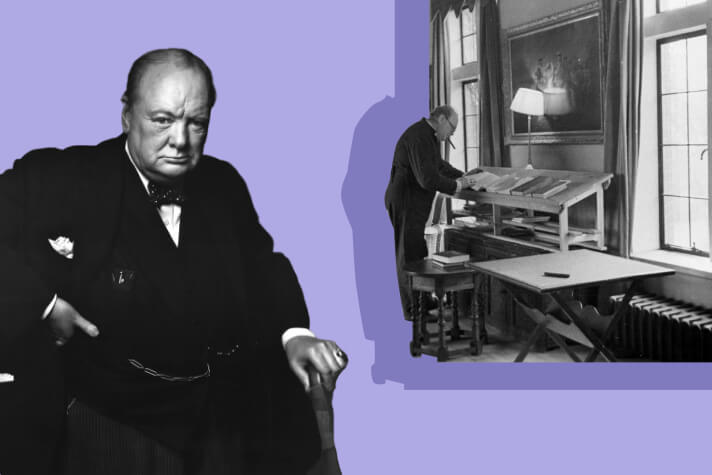 Ernest Hemingway was an American novelist who is most well known for his work, The Old Man and the Sea. This Nobel Prize Winner is commonly seen as one of the best novelists of the 20th century and often used a standing desk while working. A 1958 interview with The Paris Review briefly describes his setup while working, “a working habit he has had from the beginning, Hemingway stands when he writes. He stands in a pair of his oversized loafers on the worn skin of a lesser kudu – the typewriter and the reading board chest-high opposite him.” Hemingway was a true enthusiast of the standing desks. 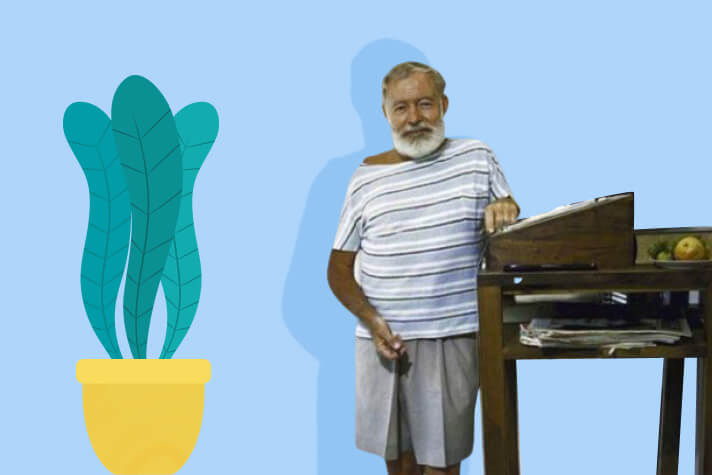 Benjamin Franklin is regarded as one of the Founding Fathers of the United States. Also, he was known as a renowned scientist, inventor, activist, diplomat, author, and polymath. Although there is not much definitive evidence, Benjamin Franklin is said to have used a standing desk when coming up with his many innovations. 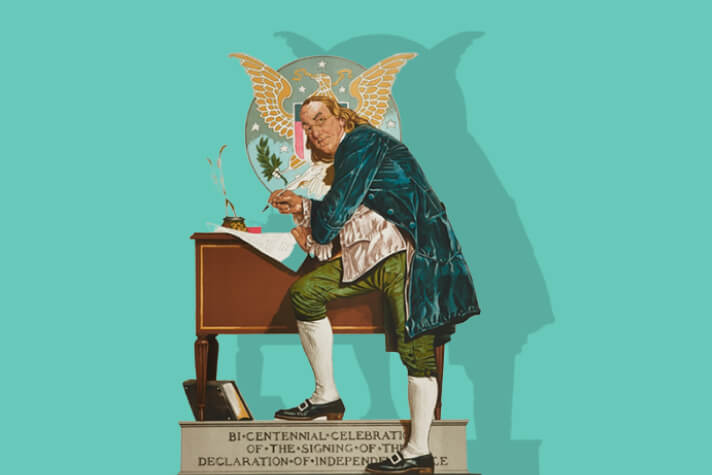 Charles Dickens was a widely respected English writer and social critic. He is widely known as one of the best novelists of the Victorian era, and is the author of beloved novels such as Oliver Twist, A Christmas Carol, and A Tale of Two Cities. Charles Dickens was commonly reported to have done a lot of his work at a Georgian mahogany standing desk. In his biography by Michael Slater, a description of his office is provided, “books all round, up to the ceiling and down to the ground; a standing-desk at which he writes; and all manner of comfortable, easy chairs.” 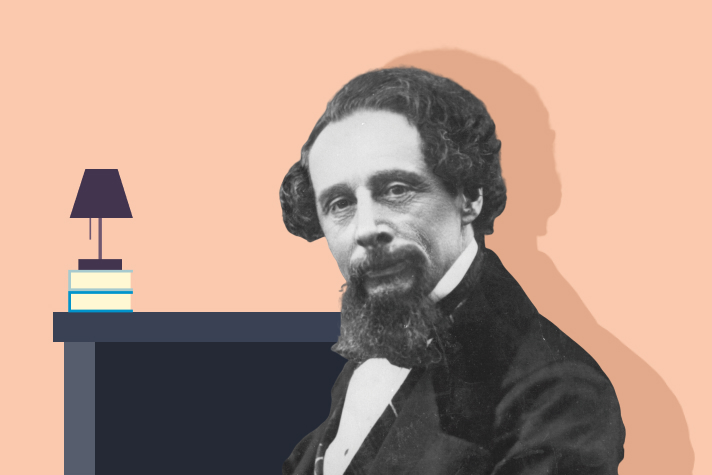 Stan Lee was a widely respected and legendary comic book author. He is responsible for writing the comics and screenplays for many famous movies, such as The Fantastic Four and Spider-Man. It was not uncommon to see him writing at a standing desk situated in his backyard. According to Stan Lee, “[he] always wrote standing up – good for the figure – and always faced the sun – good for the suntan!” 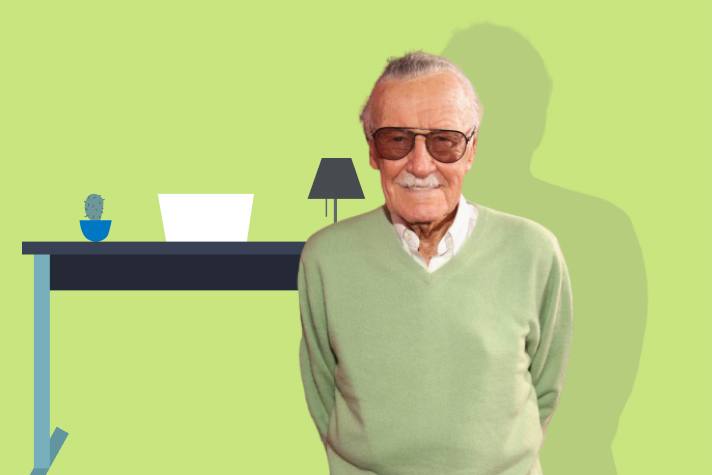 Virginia Woolf was an English writer known for being a pioneer in using the stream of consciousness as a narrative device. She is best known for novels such as Mrs. Dalloway and To the Lighthouse. Always an activist, Virginia Woolf used a standing desk to create equality between her sister and herself. Woolf’s sister, Vanessa Bell, was a painter who often worked standing at her easel. To make her pursuit of writing not seem less arduous than her sister’s, she adopted the use of a standing desk.

Finally, Friedrich Nietzsche was also documented as a fanatic of standing desks. Nietzsche was a German philosopher, composer, and poet best known for his writing on good and evil. Nietzsche commonly defended his use of a standing desk, saying, “the sedentary life is the very sin against the Holy Spirit. Only thoughts reached by walking have value.” 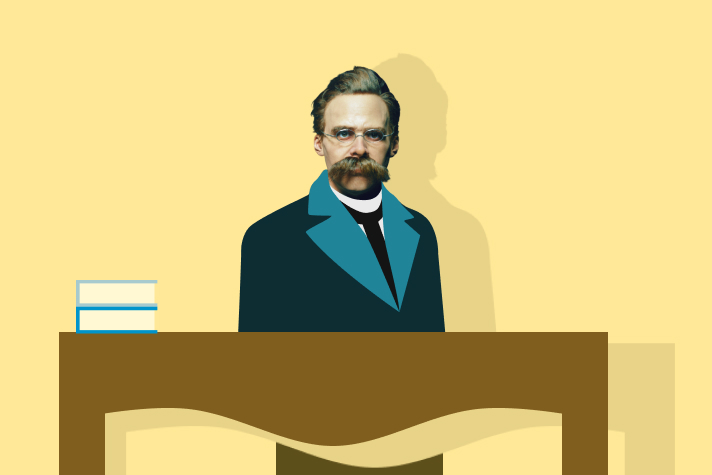 Besides, in a letter written to his sister, Elisabeth, Nietzsche describes his setup, “I am writing this at my standing desk; my standing desk is against the window, and the window offers a pleasant prospect over the lime trees and the sun-bathed hills.”

As you can see, the standing desk has a long history and has been in vogue for a long time. Standing desks have been revolutionizing the American workplace, with employees at companies such as Facebook and Google making the switch to them. Standing desks have a long history and have been used by many famous people. That is because of the various health benefits they provide, such as the reduced risk of cancer, heart disease, and diabetes. It is also thought that standing desks increase energy and creativity, which is why many famous people from history and present have advocated for their use.

Jennifer Rothman
Jennifer Rothman is a copywriter and columnist, specializing in delivering informative content you can trust. Since graduating from Villanova University, she’s worked with top brands across the fashion, beauty, and health and wellness space to reach global audiences. Eager to share her expert knowledge of the wellness industry, Jennifer continues to craft reliable content that engages readers through the art of storytelling.
Our Top Picks For 2021
Top 5 Standing Desks Reviews